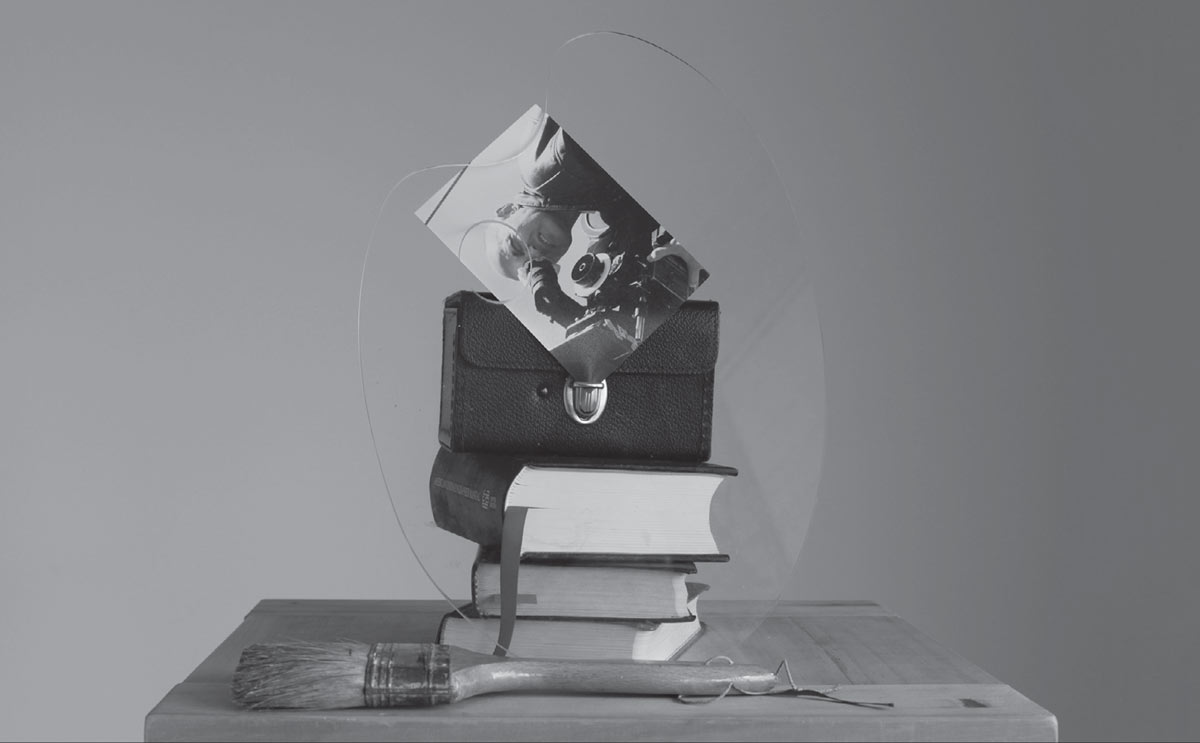 Goran Trbuljak: Sketches for a Sculpture

Goran Trbuljak is a prolific visual artist, a pioneer of conceptual art, a filmmaker and a creator of animated films. The exhibition at Photon Gallery is presenting his most recent photographs from the series Sketches for a Sculpture, which contains a number of still-lives composed of objects, that act as attributes of his two vocations (film and photography). We can recognize objects such as light measuring tools, video cameras, various volumes of expert literature, etc. In his photographs, these »banal« objects gain new meaning and are rendered monumental. Trbuljak’s photographs present a model for conceptual thought and conception of an artwork. The selection of the photographed objects thus becomes both a formalistic as well as a conceptual gesture, which features a self-reflective contemplation on his own work.